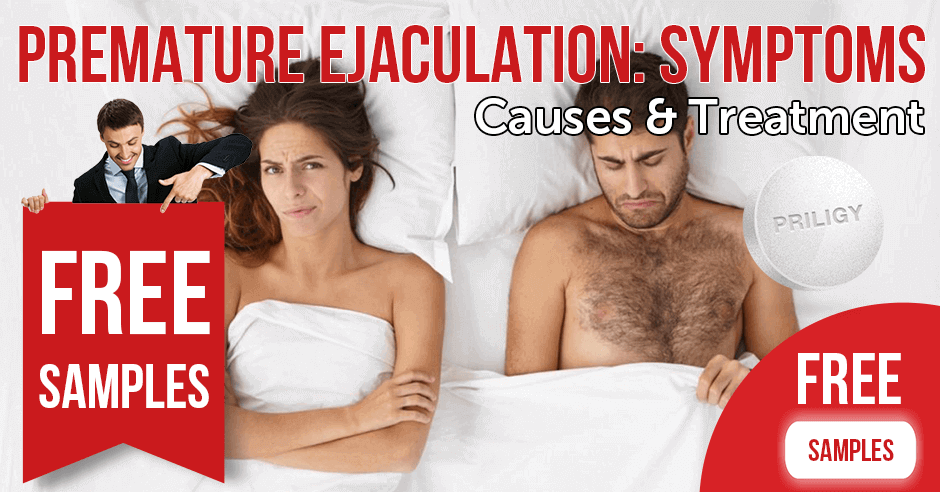 Premature ejaculation: the main reasons and ways to avoid it. You can read all this in our article. If you already have this condition, you can find a way to fix it correctly and quickly.

Can you imagine this — you have been waiting for a romantic date all week long, you have made all preparations, reserved the best table in a nice restaurant, and everything goes just perfect. You come home with your lady, and you are both ready to enjoy wonderful lovemaking, but your body, and particularly, your best buddy, lets you down. All you manage to do is a couple of seconds of sex and then you finish before she even starts. Can you imagine it? Or, maybe, have you even experienced it in your life? There is no reason to worry anymore, you have found the right article and the right website, and here you will find the working solution to this problem.

Premature ejaculation, abbreviated as PE, is a huge burden for millions of people. It is not new, as even the Kamasutra advised men to control an orgasm and let their ladies reach it first. There are different opinions about PE prevalence rates.

Some researchers say up to 41% of all males get it, but most commonly the studies give numbers between 20 to 30 percent of men below 60 years of age. Still, these rates are extremely high, which means that approximately every fifth or even every third man does not have normal intimate relations. Thus, PE is the second most prevalent sexual problem after erectile dysfunction (ED for short).

It can happen to anyone. When it occurs once in a while, there is no reason to raise the alarm. You do not need a doctor’s consultation and medication until you notice that this is becoming regular. Frequent premature ejaculation is a bad sign, as it can be a signal of some deep dysfunctions in your body. All the more, it ruins romantic relations and families, as it is a trouble for both sexual partners. Speaking of which, there are experts who did not categorize it as an ailment at all. Some of them claim that the short ejaculation latency time is normal, and it is a part of a mammal genetic code. Assertedly, this is an advantageous quality that promotes the continuation of the bloodline. Other modern researchers claim that it is a sign of high sexual energy and excitement rather than a disease. Still, conventional medical wisdom is that it is a dysfunction that requires professional intervention.

What Does Premature Ejaculation Mean?

The simple definition for the term “premature ejaculation” is as follows: a sexual dysfunction in males characterized by a rapid orgasm and semen eruption shortly after or even before penetration. There are several commonly used names for this disease, e.g. early climax, rapid ejaculation, premature climax, etc. All of them mean that a man cannot maintain sexual intercourse long enough. But what is enough? There is no consensus on this matter. The World Health Organization suggests stoppage after 15 seconds, but the International Society for Sexual Medicine claims that everything less than a minute meets the definition of “premature.” The normal sexual act, meaning the time between penetration and orgasm, lasts for between 5-10 minutes. Some men face the opposite problem when they cannot finish the intercourse and expel sperm for much longer than the normal latency rates. This illness is known as delayed ejaculation.

The most severe cases of PE are when a patient does not need any physical stimulation of the penis at all to reach orgasm. In this case, he expels semen before he takes his pants off. It is a frustrating situation that can lead to severe mood and psychological disorders. Sometimes, premature ejaculation comes in tandem with erectile dysfunction. This happens when ejaculation occurs with a flaccid penis. This is especially common in elderly men. There are several other health problems that may accompany or cause PE, and we will talk about them further. 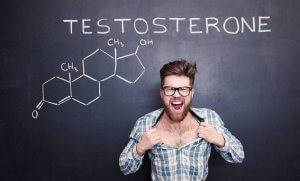 For starters, we would like to tell you about the myths and unfounded fears that are widely circulating among men:

Premature ejaculation can happen literally to any man, and to treat it right we have to know the real reasons why does it happen and learn to diagnose this malady.

Men with PE ejaculate too soon, and this is the only primary symptom of sexual dysfunction. But there are several secondary ones, which are rather the adverse effects of the illness. Chronic failures in sexual life will most probably lead to troubles in romantic relationships and loneliness, as well. This, in its turn, results in depression and irritability, low self-esteem, problems in communication with friends and family, conflicts at work, etc. Our sexual health is closely related to our feelings of overall well-being. When a man is constantly frustrated, unconfident, and depressed, it is hard to maintain familial happiness or look for new relations. The entire life can fall apart because of a little fracture, which can be easily cured. We hope this article will help all men with PE find a remedy for their malady. 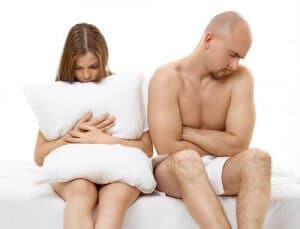 All cases of premature ejaculation can be roughly divided into two categories:

As for the causes of this disorder, they are categorized according to their nature.

Most commonly, PE does not arise from any severe disease or injury. It can happen, but if you suffer from the chronic rapid orgasms, first of all, you should pay attention to your psychological and emotional state. Sometimes, mood issues and stress can be the consequences of sexual maladies, but in some cases, they are the reasons.

The following psychological problems can cause secondary premature ejaculation in men who never experienced it earlier:

Certainly, an average young man who is going to have his first sexual experiences undergoes huge emotional tension, which can cause troubles with erection or/and ejaculation. It is not a medical problem, as it is only the result of stress. Next time it will be much better. The same goes for adult males who, for some reason, have not made love for a long time. Long sexual deprivation makes men think that they are not that good at it and they forgot how to do it. This is the same as self-esteem problems, but has a situational nature and usually passes off when the intimate life gets back to normal. 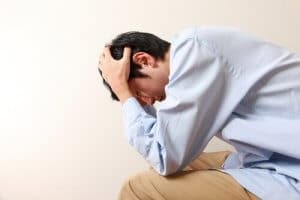 Lifelong premature ejaculation, which is more persistent than the acquired kind, is commonly the result of the deeper psychological issues:

The worst thing about premature ejaculation is that it is a kind of self-replenishing disease. When a man is too distressed about his ejaculatory problems, it gets worse. And the worse it gets — the deeper the depression and stress gets. It makes a vicious endless cycle, which is very hard to break. Some men simply avoid intimacy because of their failures in bed, which only further complicates the situation.

We have already mentioned that sometimes men have two sexual problems at once — erectile dysfunction and premature ejaculation. Usually, this happens to older individuals. A chronic weak erection can force men to rush to have orgasms as soon as possible. Age-related PE also happens when senior individuals cannot hold back as well as they did in their younger years. 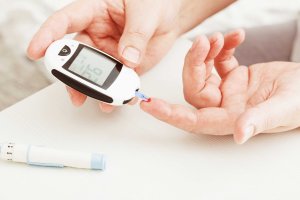 Other physiological and medical causes of rapid ejaculation include:

In most cases, no matter if it is caused by biological or psychological reasons, premature ejaculation can be easily treated.

Some cases of premature ejaculation do not require professional treatment. For example, stress-induced PE will go away together with the stress. The same goes for men who face ejaculatory issues that are caused by troubles in their family life or at work, excessive drinking, and other illnesses or medications. All they need to do is to get rid of the reason for their malady. Still, most probably you will have either to solve the problem by yourself or seek medical attention. Let’s look at the things to help you with your illness.

A good therapist can help alleviate depression, stress, and anxiety. So, if the failures in sexual life are induced by emotional disorders, a good decision is to visit a doctor. Most likely, you will have to answer several questions about your intimate life, relations, and family. The consultation may include a couple of physical tests, too. When a doctor has a definite diagnosis, he will administer the proper treatment. Depending on the nature of the illness, it can be either medication or further consultations with a sex therapist, family counselor, psychologist, or psychiatrist.

Use Special Exercises and Life Hacks 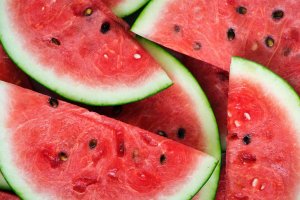 Before seeking professional help, men with PE can try various exercises and techniques that help to delay ejaculation:

Most cases of premature climax can be treated with the help of such practices. Still, if none of them help, you should try pharmaceutical drugs for PE.

There are topical and oral medications for PE. You remember that what is good for lower penile sensitivity, as is also good for longer sexual act. Thus, the anesthetic ointments and sprays are often used for this reason. Be careful and wash it away before the penetration, you do not want your partner to lose the sensitivity, too. As for the professional oral drugs for PE, the most popular one is dapoxetine. It is a selective serotonin reuptake inhibitor (SSRI), which has a short half-life period and quick onset. Other SSRIs are commonly used as antidepressants, but, due to its short action, dapoxetine performs its effects as needed, when you take it for PE. After a week of regular treatment, you will notice that your normal sexual intercourse is up to 20 times longer than it was before the medication!

The branded version of dapoxetine tablets is sold under the name Priligy. To purchase them, you may need to go to your doctor and get a prescription. In the SildenafilViagra online drug store, you do not need anything except your willingness to overcome premature ejaculation quickly and safely. We sell generic pills with the same active compounds that produce the equivalent effects. You can find here such trademarks as Dasutra, Sustinex, Dapox, and others. We also offer you the generic of the famous drug Tadapox, which is a combination of Cialis and Priligy. These pills are effective for both PE and ED. Our tabs, Super Tadapox, have the same quality and much lower price. We also have Super P Force medicine, which is comprised of sildenafil and dapoxetine. As you see, SildenafilViagra offers you a wide choice of the drugs that treat most prevalent sexual dysfunctions. 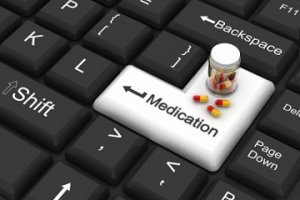 Except this, our loyal customers enjoy other advantages of this online pharmacy:

There is no reason to be unhappy and suffer from sexual disasters. You have SildenafilViagra and our drugs that are the best solution for all problems!